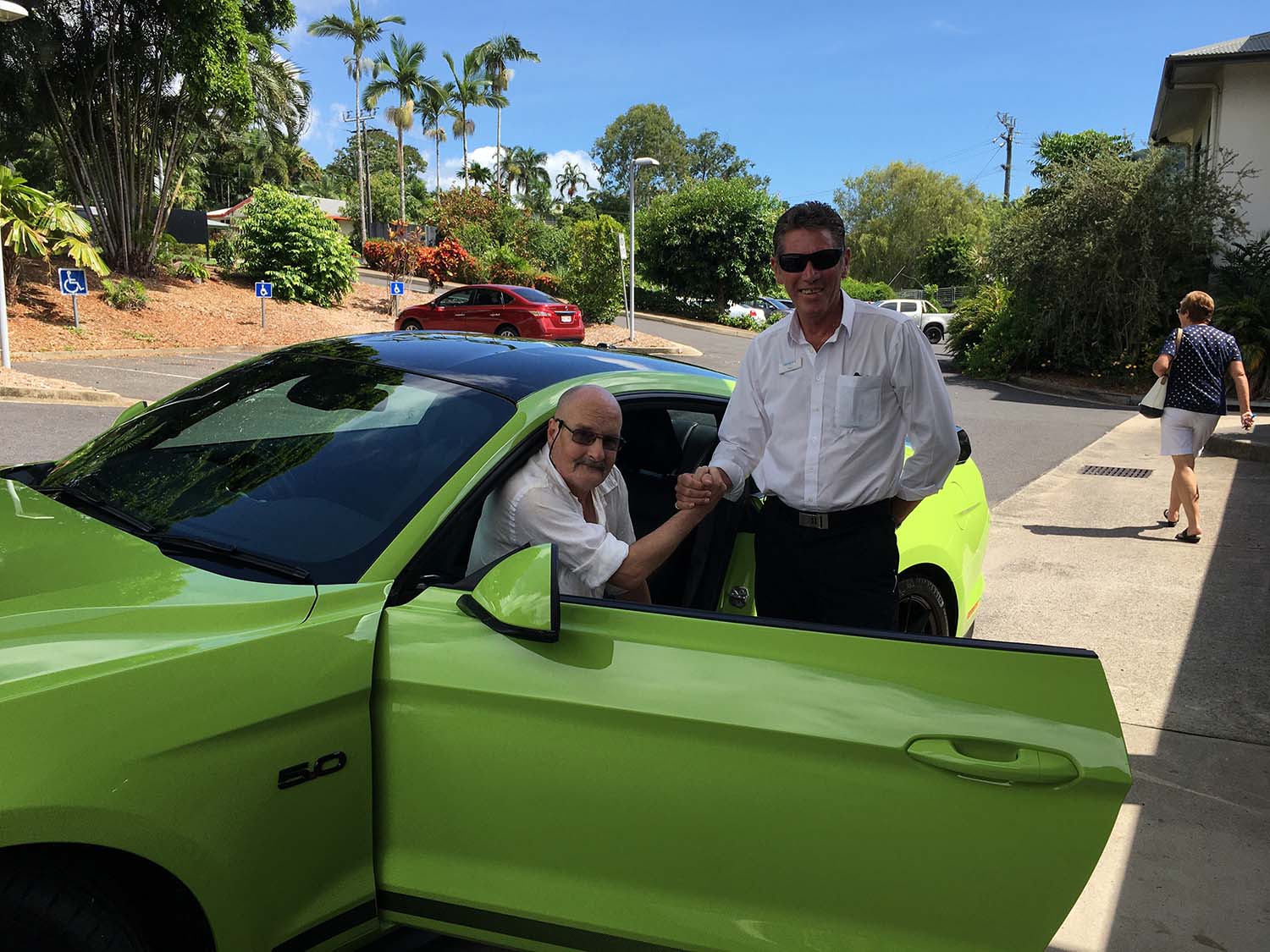 A Random Act Of Kindness

A little while back Dianne Power, a carer at Regis Aged Care Whitfield visited our Ford Showroom.

Dianne met up with the Ford Sales Supervisor Tony Fox and asked if there was any Ford merchandise available. On further investigation Tony discovered it was for a particular resident Dianne described as a Ford nut and a huge fan of the Ford Mustang.

Tony asked further and found out the resident was Noel Abbott, he was suffering some significant health issues, but was still as sharp as a tack. Tony then asked if Noel was mobile enough to get into a Ford Mustang and go for a ride. Dianne assured him he definitely would be, so Tony then promised Dianne the next time he had a demonstrator model Mustang available he would give Dianne a call and arrange a time to come to the Regis facility and take Noel for a spin.

Well that day came last Thursday, 5th March. Tony and Dianne liaised for a day or two prior and agreed on a 10am test-ride.

Tony arrived at Regis at the agreed to time to find a crowd of people waiting to see Noel head off on his Mustang ride. Nurses, carers, other residents, Noels family members, and more, were all excited for Noel as this was a lifelong dream in the making. To say Noel was excited would be an understatement!

After the obligatory introductions, and a good chat about the Grabber Lime GT Mustang, Noel climbed aboard and he and Tony headed off for a spirited drive out to Redlynch and back, with a few little blasts along the way, within the law of course.

During the course of the drive, and chatting away, it was discovered that Noel and Tony are both Team Penske DJR Supercar race team supporters, along with both being big fans of Scott Mclaughlin, the current Supercars champion. By the time they returned to Regis they were well and truly car buddies.

Not only was Noel simply overwhelmed by the chance to take this ride, Tony was also overwhelmed with emotion in making someone like Noel so very happy with something seemingly so inconsequential to him.

Thanks Dianne for visiting Trinity Ford. To put the final sweet touch to this story.... Tony was informed upon their return to Regis that for this month of March 2020, the theme for Regis Aged Care, Australia wide, is A Random Act Of Kindness. Sums it all up really.